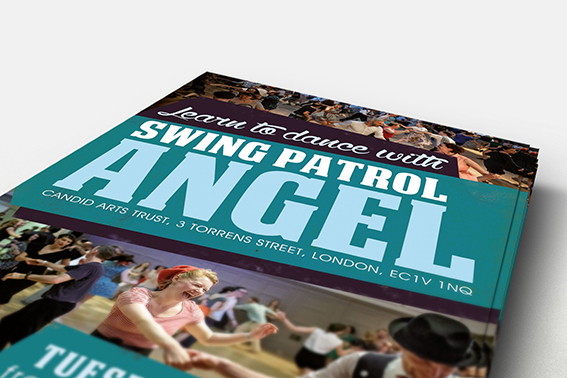 As one of those talentless people who would really love to dance but can mess up the hokey cokey I am in awe of anyone who can not only make dancing look fun, easy and achievable, but who also takes on the challenge of teaching us ordinary folk how to swing like winners.

At A Local Printer we have had the pleasure of working with Swing Patrol since the early days of their quest to teach the world to dance right through to the stardom of world record holding, dance teaching, exhibition giving all round hopping and swinging success! Read on for more toe-tapping insights in to this energetic company.

All questions asked by Miranda Barnett and helpfully answered by Sibhe Lynch, Manager at Swing Patrol

Who makes up the Swing Patrol Team?

Did you all know each other before Swing Patrol or did dancing bring you together?

Sarah and myself both started classes with Swing Patrol and then starting helping out with the admin at our regular classes (Sarah still does this).

Stef took up swing in Australia and joined the London scene when she moved over here last year. 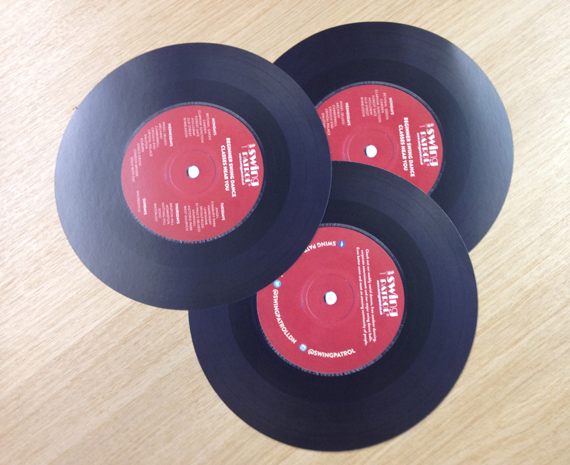 Where and when did you learn to dance?

What inspired you to teach swing dance?

Our mission is to spread the joy of the swing dancing and our teachers love to see new people taking to the dance floor sharing the social dance we love so much.

How many different dances comprise swing?

A lot!  The main ones we teach are Lindy Hop, Charleston, Balboa and Blues.   There's also Collegiate Shag, West Coast Swing, the Peabody, Black Bottom and a whole host of others

Are the dances you teach faithful to the original steps or do you adapt and incorporate a modern element?

They're pretty faithful.  Over time, the dance steps became more refined and the revivals in the late 1980's and mid 1990s introduced the concept of dance lessons.  Back in the day the original lindy hoppers learnt from copying other dancers on the dance floor.  The modern element is that the dance roles are no longer defined so men don't have to be leaders and women don't have to be followers, it's common now to eventually learn both roles.

How long does it take to grasp all the moves?  What dance should a two left footed person like myself start off with?

With our weekly beginner classes, we always aim each class at complete beginners and have them dancing by the end.  We cover the main parts of lindy hop - 8-beat, 6-beat and lindy charleston in a regular cycle.  So it doesn't matter where you start, you'll be dancing by the end of every class.

Do you have any plans to expand your classes outside of London?

No, we're happy in London.  There are lots of swing scenes all over the UK for those not living or working in London.

Who are your dance inspirations other than Frankie, Norma and Jean? Do you have any current day inspirations?

There are so many great dancers from around the world, it'd be difficult to narrow it down!  What's inspiring is that this dance can be found all over the world and there are scenes all over Europe, Australia, America, Asia and Africa.

Do television shows like ‘Strictly’ encouraged people to want to learn to dance? Have they had a positive impact on you?

I think 'Strictly' does encourage people to take up dancing in general, though not necessarily swing as it's not as well know as the ballroom dancing.  One of the UK's great lindy hoppers, Jenny Thomas, has been choreographing Strictly behind the scenes for 11 years now.

What prompted you to attempt (and achieve) the Guinness World Record for the World’s Largest Charleston Dance ?

It's something that we'd been contemplating for a while and the time came when it became something that we could make it a reality.  There was a lot of hard work behind the scenes from Sarah and Kitty (who used to work with us) to accomplish it.  It was a great day! 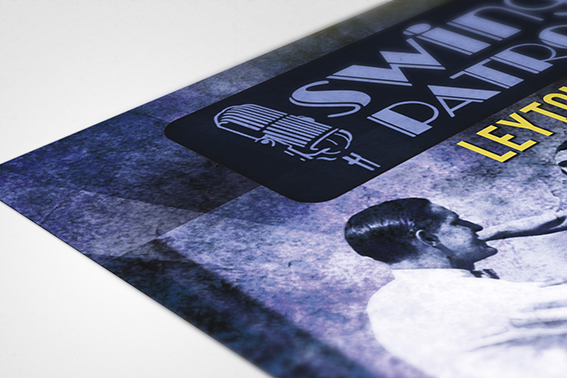 Any plans for another dance style record attempt or an even bigger troupe?

Not currently, but you never know...

You are very progressive with your ideas to make dance more accessible and visible, GWR and Swing Train for example (fabulous idea!). How do you keep coming up with new ideas and where is your inspiration?

Scott, our director, is always thinking of something new to keep us busy!

After winning funding on Dragons Den how did you use that to develop Swing Patrol?

Deborah Meaden has been super supportive of us and has attended several of our events.  We're still developing and growing so there's been no specific purpose as yet.  After we'd been on Dragons' Den, we toured across the UK working in conjunciton with other swing dance groups to put on a number of events to promote swing dancing to those who hadn't heard of it before.

Is there any other dance style that you would like to learn?

Scott says pole dancing - I can't tell if he's serious or not!
Stef wants to take up house dancing

If you could dance with one person who would it be?

What does the future hold for Swing Patrol?

If you have been inspired by this interview to dust off your dancing shoes and set out to learn a whole new range of swing steps jump on over to the Swing Patrol website for news of their classes and venues and seasonal specials!

Owner of A Local Printer with a love of eco-printing, cupcakes and rooting through the paper bins for exciting samples.